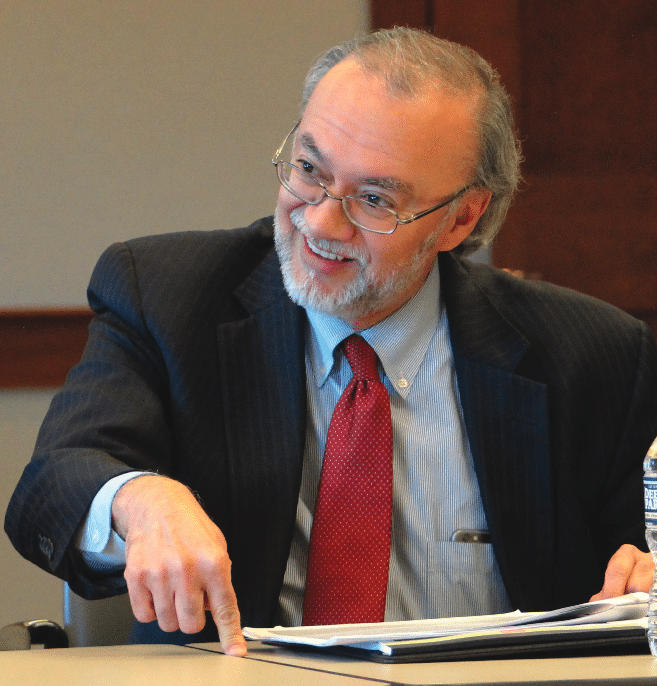 As a child growing up in the small town of Baxter, Tenn., just west of Cookeville, Greg Gonzales fell in love with history and spent hours reading about great American leaders—presidents, governors, legislators—and imagining himself growing up to be a lawyer and working for government.

Even as a third-grader, he was setting a goal to become a public servant, to help shape policies, to become a leader.

He’s done just that, not only rising through the ranks at the Department of Financial Institutions during a 31-year career to become commissioner, but also being appointed in 2016 to the State Liaison Committee of the Federal Financial Institution Examination Council. And in May, Gonzales was elected chairman of the SLC by his fellow committee members, which got him a seat as a voting member of the FFIEC.

Being named SLC chairman is a significant honor for Gonzales; it’s also a great opportunity for Tennessee bankers to have more input into the way regulation is considered and established.

The FFIEC and SLC

Congress established the council as part of the Financial Institution Regulatory & Interest Rate Control Act of 1978 to provide uniform principles, standards, and report forms for federal regulatory agencies in charge of examining financial institutions. In a nutshell, the council was created to take the mandates of Congress and ensure they are implemented consistently when it comes to regulatory examinations and compliance.

The FFIEC initially was comprised of representatives from the Federal Reserve, FDIC, Comptroller of the Currency, and the National Credit Union Administration. Later, the State Liaison Committee was created to provide input and feedback from state regulatory agencies with the SLC chairman becoming a voting member of the council. (The FFIEC now also includes a representative of the Consumer Financial Protection Bureau).

“Initially, the FFIEC was constituted for the purpose of coordinating regulation among the federal agencies, and the SLC was added later to allow for coordination between federal and state regulators from an exam and supervisory standpoint,” Gonzales said.

“As a voting member on the council, I’m representing my fellow commissioners in terms of how we can coordinate regulation in a way that is efficient and productive for banks and other regulated financial institutions in the United States, but I also need to hear from bankers on what they think about a variety of issues. That allows me to pass along to the council some real-life examples of how certain regulations are affecting banks, and that’s very important.”

Gonzales was appointed to the SLC by the Conference of State Bank Supervisors (CSBS), joining appointees from the American Council of State Savings Supervisors and the National Association of State Credit Union Supervisors and two who are selected at-large by the FFIEC. Members of the SLC are appointed to two-year terms, which may be extended to a second consecutive two-year term. The committee’s chairman is elected by SLC members for a one-year term and can be re-elected for additional terms.

“Under Commissioner Gonzales’ leadership, state regulators will have an advocate for common-sense approaches to supervision and be able to work with their federal counterparts to implement them,” said John Ryan, CSBS president and CEO. 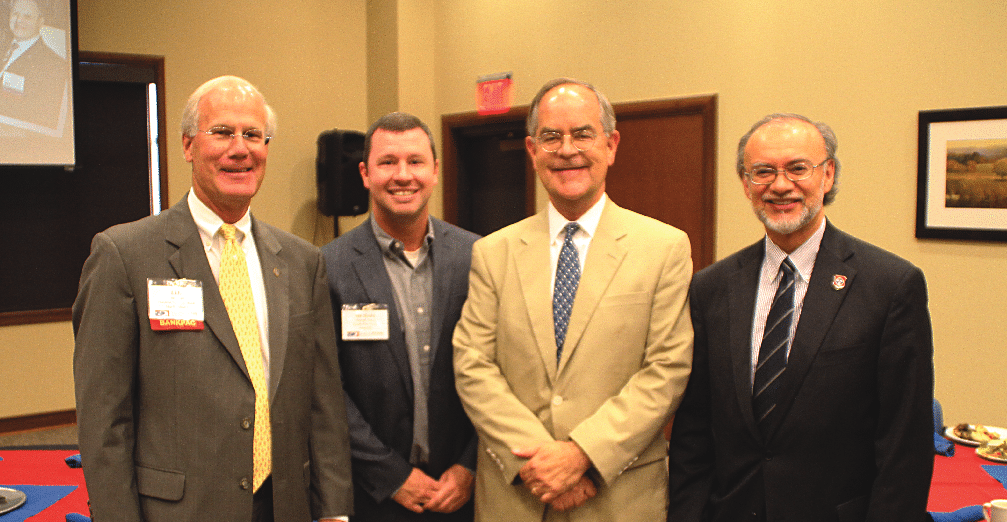 Adding Color to the Data

The SLC meets quarterly, as does the FFIEC, and Gonzales has only chaired one meeting; but much of the committee’s work is done on frequent conference calls among its members, and two issues have emerged as priorities: streamlining call reports to reduce the burden on community banks; and providing relief for smaller banks in primarily rural areas regarding the requirement to have certified appraisers perform appraisals of property for certain loans. Another major project that will be taking shape later this year will be a review of the exam process and what can be done to modernize it.

“The FFIEC has already put out a new call report form, and a number of community banks have started using those forms. We are starting to get feedback from those banks, and we will be doing more work on the call reports as we go forward. Banks expect more work to be done, more streamlining, so that’s an evolving issue.

“On the appraiser issue, one of the questions that has come up at the council level is that some institutions around the country, particularly rural banks, have difficulty accessing certified appraisers on a timely basis,” Gonzales said. “So we are working right now on whether relief can be provided to those banks and how that would work.

“The question is, if you seek temporary waiver relief, you would have to show there is a scarcity of certified appraisers in your area. There is no guidance as to what evidence would be acceptable. We may simply need to get a bank request filed and then see where we stand."

Those two issues are good examples of where Gonzales is looking for feedback from Tennessee bankers—both state-chartered and federally chartered—to add color to the numbers.

“Federal regulators have a lot of data about a lot of issues,” he said. “What the State Liaison Committee brings to the council is to say—on all this data you have throughout the country, let us give you some examples of how bankers deal with certain issues, or how regulations impact certain banks, about how banks have to deal with regulation in order to serve their community and their customers. We are getting very specific anecdotes on how regulations affect banks, and this helps the entire council understand the impact of regulation on community banks.”

Gonzales wants to hear from Tennessee bankers on an ongoing basis, something that was his hallmark as commissioner before being appointed to the SLC and getting a seat at the FFIEC. “Pick up the phone and call me. Send me an email. Talk to me at events or meetings and conferences. Don’t wait for me to ask if you have something on your mind or something specific to tell me.”

The TBA has also been helpful to Gonzales in getting member feedback. “I’ve been able to add questions to surveys sent to TBA members, which is what we did on the appraiser issue. Our department has a strong partnership with the TBA and that partnership has been so helpful to the banking industry and the people of Tennessee. I also want to emphasize that I’m interested in hearing from national banks as well as state banks. I’m not their regulator, but if we are to have a strong banking industry in Tennessee then we must support all banks. I have had some bankers with national banks reach out to help me and I encourage others to do the same. That helps me to deliver an even stronger message in Washington.”

“In general, we are trying to tell the story of community banking on every issue,” he said. “If we can provide color to the broad national picture being discussed around the table, that is extremely valuable and the council sees it as valuable. Anything I can relate that puts flesh and blood on what otherwise could be considered simply technical issues is a great benefit.”

The leadership changes in Washington over the past year are bound to have some effect on regulation, Gonzales says, but how that will play out remains to be seen.

“Certainly the election last November has caused some anticipation that there will be changes over time,” he said. “We are going to see changes on the FFIEC over the next year with a transition in leadership of the federal agencies represented. It will be interesting to see what these changes will mean. Will there be a change in philosophy and attitude? As these changes occur, we want to make sure the state views are well represented.

“My hope is that we find a happy balance between ensuring safety and soundness and allowing banks to contribute to economic development and progress. That is the mission we have in this department, and one that my fellow banking commissioners share.”

TBA President Colin Barrett says it is important for Tennessee bankers to take advantage of Gonzales’ position on the State Liaison Committee and the FFIEC. “The commissioner has always been really good at building relationships with bankers so that they feel at ease in giving him their views, and it is very positive for the industry that he is in a position to take those views to Washington. I hope everyone will help him tell our story as we seek relief from the regulatory burdens that have grown over the years.”