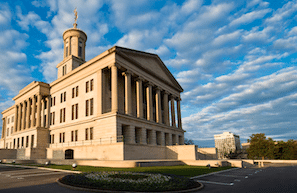 The second session of the 110th General Assembly convenes on January 9, 2018, with important state business and a budget to pass. With that said, there’s as much talk about the elections and future changes in leadership they will bring as there is about the issues to be addressed during the session.

Because it is an election year and legislators cannot accept political contributions during session, there’s incentive for members to get in, get down to business, and conclude as soon as it’s practical so they can re-focus on their campaigns.

Elections aside, this year in the General Assembly we will see renewed focus on two statewide priorities—enhancing Tennessee’s workforce and addressing the opioid crisis. Although the state has made significant steps towards increasing the number of college graduates, there are concerns that Tennessee must increase its skilled workforce in order to continue attracting new businesses to the state and remain economically competitive with other states.

Businesses across Tennessee, banks included, are struggling with opioid and other sub- stance abuse problems—in the form of current employees and difficulty hiring new ones. Although a single piece of legislation cannot “fix” this problem, the opioid crisis will be a hot topic during session and in campaigns.

Although not specific to banking, we consistently hear about how these two issues affect banks directly and also their commercial customers. Therefore, TBA will be at the table during conversations about how to address these issues and support efforts to do so.

The perennial issue of tax cuts will also surface this year, with some members interested in reducing the F&E tax while others will pursue elimination of the professional privilege tax. However, efforts to reduce these taxes will face uphill battles, as some in leadership are echoing the concerns of the Department of Revenue about going too far and eroding the state’s tax revenue base.

On the banking front, legislation to expand the list of eligible collateral for public deposits will be TBA’s priority issue in 2018. Banks from small to large have expressed interest in pledging bonds issued by other states or other states’ municipalities as collateral for public deposits. This is specifically prohibited in state law, so TBA, pending approval of the Treasurer’s Office and State Collateral Pool Board, will present legislation to allow for this.

This will directly benefit banks, and the local governmental entities they do business with, by allowing them to pledge higher yielding out-of-state bonds that pose no more risk than bonds issued by the state of Tennessee and its municipalities.

A related issue TBA was concerned with that could arise this year is an effort by credit unions to accept public deposits. Tennessee Attorney General Herbert Slatery in late November issued an opinion stating that it would be unconstitutional for legislation to allow a county, city, or town to deposit funds in a credit union.

TBA’s government relations team will review all bills led this year—expected to be at least 1,500—and work to support, amend, or defeat any measures that could have an impact on our member banks and their customers and communities. Oftentimes, defense is more important than offense when it comes to addressing legislative issues.

Your involvement in the legislative process and outreach to your legislators advocating to support or oppose banking-related bills will be critical in maintaining our continued success on Capitol Hill.

I encourage you to stay-up-to-date with our legislative efforts by reading our weekly newsletter, This Week, and, for more in-depth coverage of the issues, participate in our bi-weekly conference calls, held every other Friday during session.

Finally, please join us the evening before Credit Conference for Legislative Reception on February 21. Highly attended by members of the state legislature, this event provides a great opportunity for bankers to reinforce their relationships with elected officials and get to know members from other areas of the state.