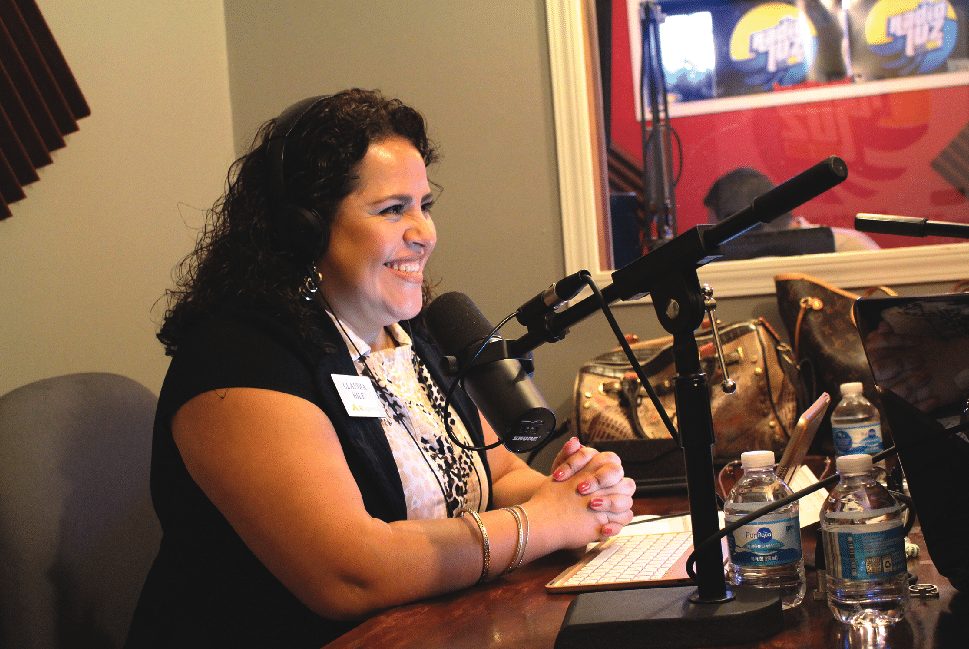 Claudia Hile’s passion for helping others is magnified when she puts on her headset and pulls up to the microphone. Every Tuesday around 12:30 p.m., Hile makes the short trip from her Regions Bank office on Nashville’s Nolensville Pike to Radio LUZ 900 AM, where she is a co-host of Todo Financiero Show (All About Financial). The hour-long platform gives her the opportunity to raise awareness in the Hispanic community about the importance of financial literacy.

With the Hispanic population growing in Middle Tennessee, along with their collective wealth, Hile says it’s important that they are financially competent and confident and able to address financial concerns head-on.

“The biggest reward is to see the progress in our communities, the hunger for people to grow, learn, and live better,” Hile said.

Hile was born and raised in Mexico City, and her family eventually relocated to Celaya in the state of Guanajuato, Mexico. Once there, she dove into learning the ins and outs of the English language, which would prove helpful to her during college and once she began her career.

After earning her bachelor’s degree in accounting from a local university, she started working for a company that was General Electric’s counterpart. Her work ethic and ability to speak English fluently paid dividends as she rose up the ranks to become team lead for accounts receivable.

Then in 2003, her family opted to move to the United States for a business opportunity. With a family connection, she tried her hand at running a Sonic Drive-In franchise in Nashville. “Being an entrepreneur gave me a completely different prospective when it comes to small businesses,” Hile said. “It was a great learning opportunity.”

After selling the business in the late 2000s, she decided to switch careers and enter the banking industry. She began her career as a Bank of America teller in January 2009 and was determined to show her worth. “After having years of experience as an accountant and running a business, I’ll be honest, it was a humbling start,” Hile said. “But I knew who I was, and I told myself ‘I’m going to get my foot in the door, and then the sky’s the limit for me.’ ”

True to her word, Hile was promoted to personal banker within six months. The promotion came with a little bit of self-discovery. “As a personal banker, that’s when I realized my passion for helping others. It was amazing to see people I interact with build their savings or get a mortgage to purchase their first house. It was very rewarding.”

In April 2012, Hile joined Regions’ Woodbine branch in Nashville as a financial services specialist. The branch, located on Nolensville Pike, is in the heart of Music City’s “international corridor.”

“I noticed Regions didn’t have a strong presence in the Hispanic community, so I took it upon myself to help change that,” Hile said. “I’m like a lot of my Hispanic peers—if you’re given lemons, let’s make lemonade.”

Hile and Melanie Blank, Regions’ consumer banking executive manager, set out to educate both the Hispanic community and the bank’s executives about the beneficial opportunities each possessed. Backed with her passion to help people and her financial acumen, Hile barnstormed Middle Tennessee to help Hispanics learn about personal finance.

“The Hispanic community’s education about money and banking is unfortunately almost nonexistent,” Hile said. “There are customers who come to the U.S. and have never had a bank account, let alone know how to manage it. Why? Ignorance. I set out to attack ignorance with knowledge so everyone can be their best selves.”

At the time, Nashville’s foreign-born population was nearing 12 percent, about double from 2002 when Hile herself moved to Middle Tennessee. And many immigrants choose to operate businesses on Nolensville Pike thanks to the colorful mix of multinational retailers, restaurants, and service shops.

In 2015, Hile was presented with an opportunity to give her advice to a much bigger audience: She was approached by Viviana Milam, a customer, who noticed she spoke Spanish. Milam, who hosted Todo Finaciero Show on AM radio, was curious whether she’d be interested in giving financial advice and if the bank would be interested in becoming a sponsor.

After discussing the idea with her marketing director, Brian O’Meara, Hile submitted a formal proposal with demographic statistics and a budget. Eager about the opportunity to help this market, Regions executives gave the go-ahead.

Hile was equally excited, but she soon discovered a slight problem—fighting the “stage fright” once the show was broadcast live to thousands. “The thought of talking on air was nerve-wracking,” Hile said. “I have a pretty outgoing personality, but being in front of a mic—it was a lot to take in.” 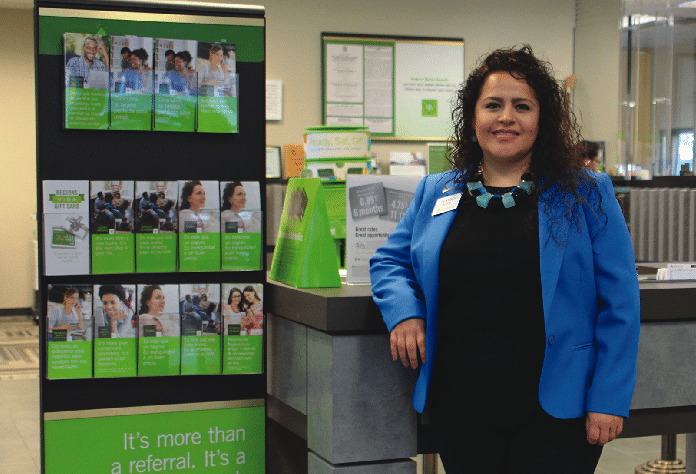 Hile sought the guidance of Dianne Spencer, Regions’ financial wellness coordinator, who had experience in interviews and giving presentations at large forums. Spencer sat with Hile and explained the intricacies of appearing on radio, such as not audibly ruffling through her paper notes or turning her head away from the mic if she had to cough.

Spencer’s advice was a great help, Hile says, but the fear of speaking on the radio is one of those activities that can only really be conquered by actually doing it. “As I walked into the studio, I was super nervous,” Hile said. “I asked Viviana ‘Oh my gosh, what am I doing?’ She’s been doing this for years, so she simply responded ‘Claudia, you share information so well. We’re just having a conversation that’s going to help people. We just have on some headphones, and you’re talking into a mic.’ ”

It worked, as the music picked up and they got the cue from the producer across the glass that they were on air. Turns out, her lively personality played quite well on air. “Quite honestly, after the first five minutes, I was just a fish in a pond,” Hile said with a laugh.

Through the show, Hile shared tips on a number of subjects, including how to create a budget, saving for retirement, and homeownership. After a few months on air, she realized she was getting a great reception from her audience. Listeners would call in to suggest topics for her to tackle, and they eventually came into the branch to open personal and business accounts.

“Claudia has done an amazing job serving the community,” said Jim Schmitz, Regions’ Middle Tennessee Area President. “Through this venture, she’s been able to reach more people and small businesses. With her advice, they can feel empowered, build financial stability, and produce more. It’s one of these things where it rises the tide for everyone in that community.”

For Hile, the radio show has been an extension for her love of helping others, and one of her many examples stick out. “With the Nashville rental market booming, I had a frustrated caller explain she wanted to own a home due to rising rent prices but didn’t know where to start. After meeting with her, we realized she didn’t have any credit. We laid out a 12-month plan and worked with her to build credit history.

“After a year, she applied for a mortgage, and after some time, she was able to purchase her first house. The pride she felt for herself was overwhelming. Once she was moved in, she brought me my favorite Mexican dish and said ‘Thanks to you, I’m never going to rent again.’ ”