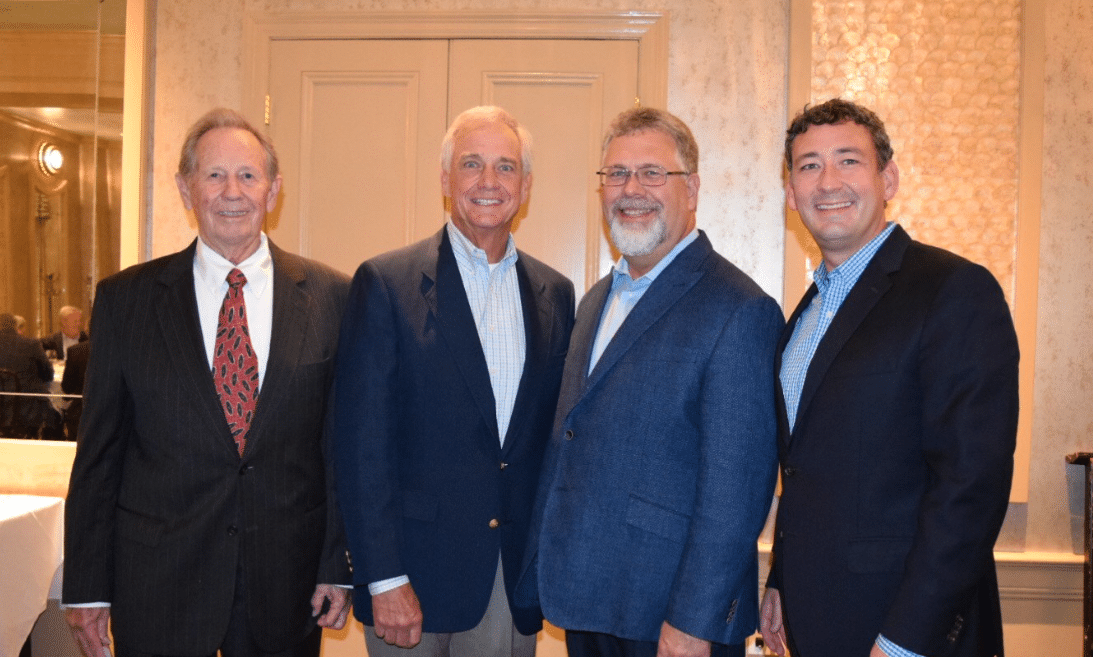 The Tennessee banking industry has always had its share of legendary figures—bankers who have made a remarkable impact on their communities and left a lasting legacy for those who came after them.

And one of the most legendary figures in Tennessee banking isn’t a Tennessee banker at all. Dr. Don Woodland, the recently retired executive director of the Graduate School of Banking at LSU, has overseen the premier school for bankers throughout the Southeast for more than 50 years. During his tenure, 1,750 Tennessee bankers have advanced their careers through education and networking for two weeks a year over three years in Baton Rouge.

The key to the school’s success has been Dr. Woodland’s efforts in recruiting and retaining an outstanding faculty comprised of bankers, as well as industry professionals, educators, and regulators. Many members of the faculty are themselves graduates of GSB, demonstrating a loyalty to the school that, in large part, was the result of Don’s efforts. There is no better example of this than John Jordan, the longtime Tennessee banker recently tapped to serve as Dr. Woodland’s successor and only the third executive director in the history of the school.

John recently retired from The Community Bank of East Tennessee, a bank he founded in 1998. Before that, he had a storied career working for different banks throughout our state. All the while, he has been a sim instructor at LSU and recently completed a term as president of GSB at LSU. John is both a former TBA board member as well as a former chairman of the TBA Young Bankers Division. Yet, for all John’s experience, his passion has always been rooted in education, and he will be the perfect person to lead GSB at LSU during this historic transition.

Assisting John at the Graduate School of Banking will be Dr. Mike Highfield, a GSB instructor and a professor of finance at Mississippi State University, who will serve as coordinator of curriculum and faculty. Additionally, Corinne Long, a long time GSB employee, will serve as vice president for administration.

The continued success of the Graduate School of Banking at LSU is vitally important to the success of Tennessee banking. To that extent, Scott Cocanougher, CEO of the First Community Bank of Tennessee in Shelbyville, is serving as Tennessee’s banker trustee of the school. Scott will be reaching out to you in the months to come asking you to identify your best and brightest to join the freshman class next May. Additionally, I am honored to have been asked to serve as vice chairman of the school, and I look forward to working with Scott, John and the team to continue to provide the best possible education for the future leaders of our industry.