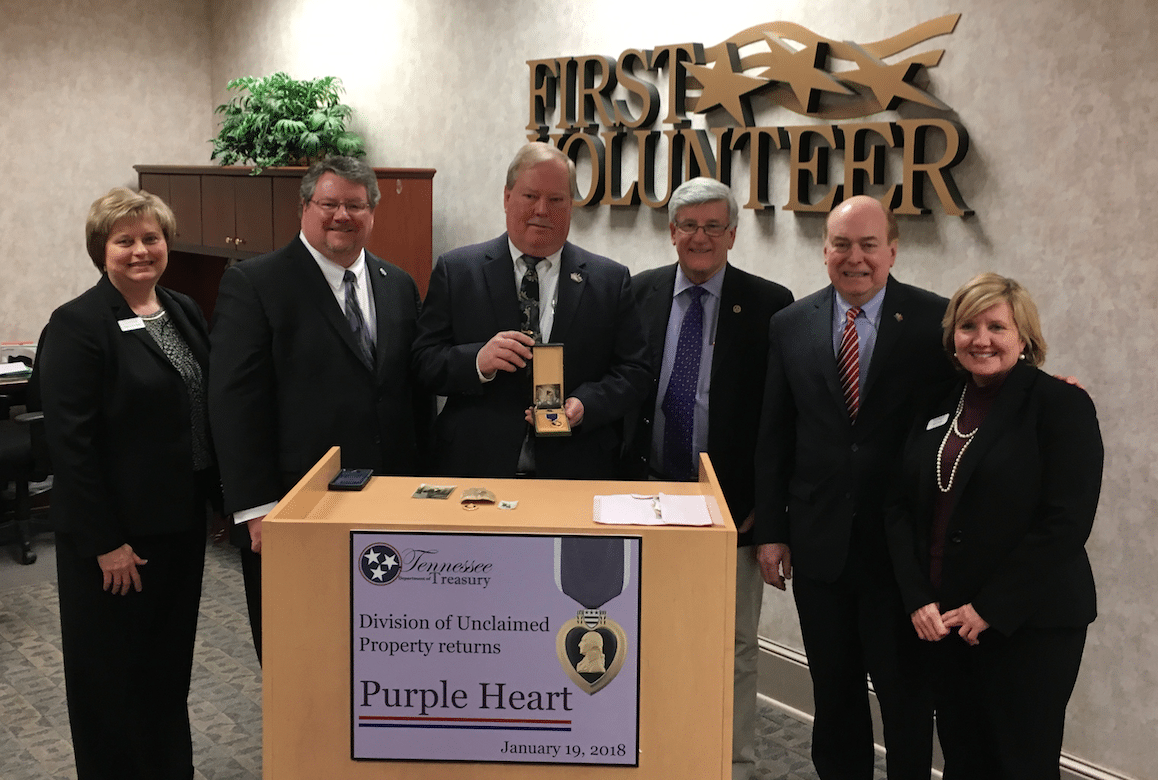 The Purple Heart was found in an abandoned safe deposit box in a Chattanooga-area location of First Volunteer Bank. The bank took the correct steps in opening the box after the allotted four years and attempting to locate the owner. After one filing cycle the bank followed State Law and ultimately turned the Purple Heart over to the Division of Unclaimed Property.

“Our goal is always to take the best care of our customers here at First Volunteer Bank.” said Judy Cartwright of First Volunteer Bank. “When we opened up that box and found the Purple Heart, we wanted so much to find the owner, but eventually had to turn it over to Unclaimed Property. It is so rewarding now to see the family reunited with this medal.”

By handling the Unclaimed Property correctly, Cartwright and the rest of the staff at the bank played an integral part in returning the medal to the family.

Tennessee Treasury’s Division of Unclaimed Property helped connect Parris’s family with the Purple Heart through concentrated outreach efforts enabled by a law passed by the General Assembly in May of 2011, which was designed to protect military medals for veterans. The law identifies a military medal as any decoration or award that may be presented or awarded to a member of a unit of the Armed Forces or National Guard. Treasury’s Division of Unclaimed Property is responsible for their safekeeping. 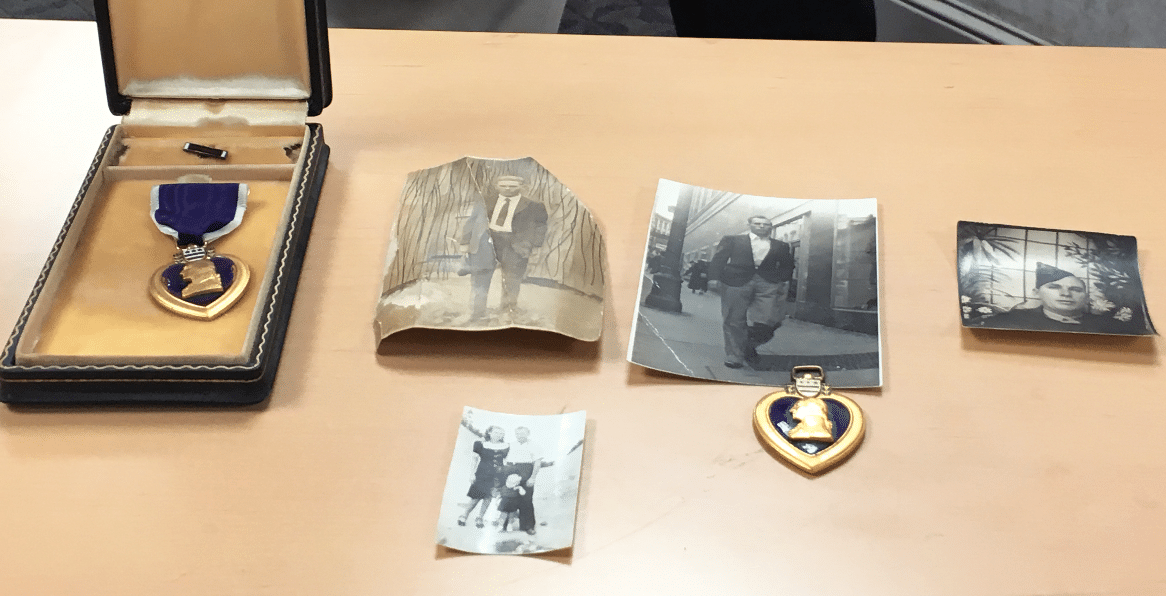 “Treasury works every day to protect the financial lives of Tennesseans,” said State Treasurer David H. Lillard, Jr. “reconnecting Mr. Parris’s family with this priceless memento is one personal example of this work in action.”

The Purple Heart was one of two military decorations earned by Claude Parris for his service in World War II. According to his grandson, Parris served on the European front, fighting with American forces in both Paris and Luxembourg, where he tragically lost part of his right leg in the Battle of the Bulge.

If no owner has come forward after one ling cycle, banks can auction o the items and report the proceeds as Unclaimed Property. Banks may not, however, sell military medals or U.S. savings bonds and stock certificates; those items must be delivered to the Unclaimed Property Division at the Andrew Jackson Building, 502 Deaderick St., Nashville TN, 37219.