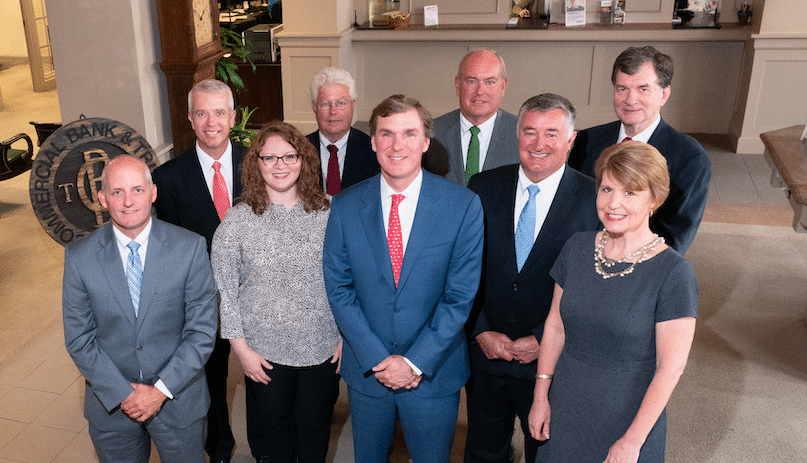 Mott Ford is assuming the chairmanship of the Tennessee Bankers Association with his eyes wide open. He was introduced to the TBA at an early age through his father, the late R. Molitor Ford, and he has years of TBA leadership experience, including serving as chairman of the government relations committee and on the board’s executive committee.

“Obviously, I’ve never been the chairman, but I have an idea of what that entails,” he said, “and I’m really looking forward to working closely with Colin Barrett. I want to be a resource and a sounding board to help them keep the Association moving in the best direction possible and help Colin run the best banking association in the country.”

As was the case with most of his predecessors at the helm of the board, Ford, who is CEO of Paris-based Commercial Bank & Trust Co., doesn’t have grand plans to make any sweeping changes; rather, he wants to help the Association evolve in its core deliveries of government relations and education, and encourage bankers to be engaged and stay engaged.

We Know Our Industry Best
“I realize we all have different areas of the industry that we are passionate about, and not everyone may be passionate about government relations, and that’s OK. There are many ways to plug in, whether that is education or some of the other initiatives like financial literacy. But bankers need to realize that no one knows our industry better than we do, and we know the impact that legislation will have on our industry. The responsibility is on us to share that information with these lawmakers.”

An example of that is the outreach the Association is heavily invested in on the financial literacy front. This year, the TBA took the lead in getting the legislature to adopt Tennessee Financial Literacy Week in April and initiated a campaign to increase participation by member banks. The result was a doubling of banks doing public programs in their communities compared to participation levels under the old PEP initiative.

“It was time to revamp the PEP program,” Ford said. “And the concentrated effort during Financial Literacy Week was a huge success. I think we’ll be looking at what worked and find ways to improve and build on the momentum we established this year. It is critically important that we do so.

“Today’s bankers understand the importance of financial literacy, and know that it’s part of our professional responsibility to help educate people on how to manage their money. I am sure we will see even more banks participating next year.” 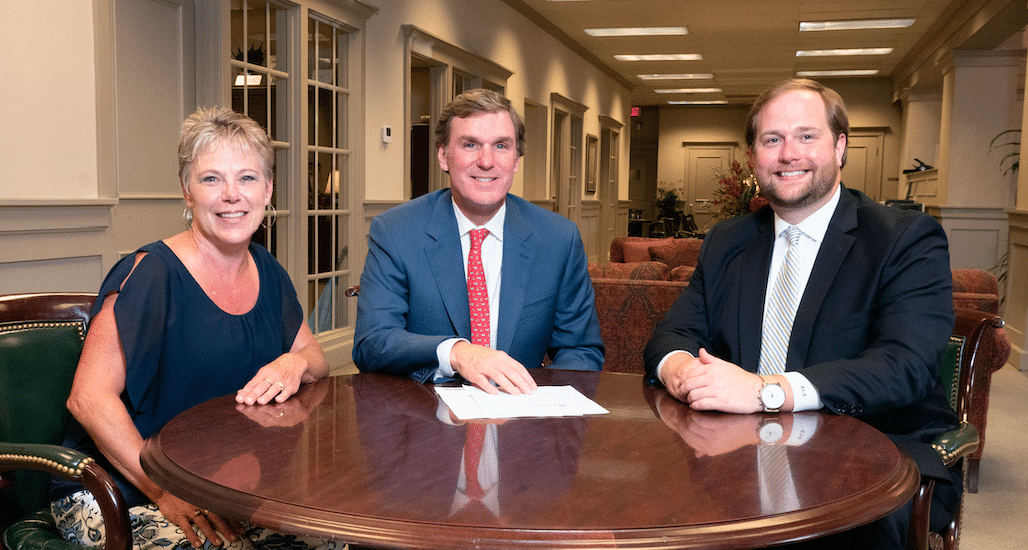 Willing To Evolve
On the education and training front, Ford doesn’t see any need for any big changes. But that doesn’t mean there will be nothing new. “We should always be willing to evolve with the changing needs of banks and their bankers, and our education department has done just that.
“A case in point is the expansion of webinars and online training. Banks are running leaner and time away from the bank is costly. We’ve seen a great response from our bankers to the webinars, but I don’t want to understate the importance of in-person training. Not only are some sessions more effective in person, they also provide the additional benefit of interacting and networking with fellow bankers. The relationships that we develop with our peers are critically important. We can learn a lot from our peers, in conversation and in fostering relationships with them.

“As our industry continues to change, and it has changed dramatically, I know our educational offerings will change along with our methods of delivery.”

Another necessary component of education, Ford says, is the outreach to college students to increase the numbers of those interested in banking as a career. The Association is launching a partnership with Tennessee universities to connect students with the banking industry, and Ford thinks this effort is very important in attracting talented young people to the industry.

“We want to help college students understand what a career in banking looks like, what the benefits are, the kind of skill sets they need and the personality they should have to become good bankers,” he said. “So our education outreach should not only be aimed at current bankers but also at college students making decisions about their career paths. We must approach it on both of these fronts.”

This effort, which will depend on bankers getting involved, will be increasingly important as the competition for talent continues to intensify. While many banks target their recruiting toward experienced bankers with existing business portfolios, there are only so many to go around. And the industry must reload at the entry-level positions out of necessity, Ford notes. That’s why he believes it is critical to recruit new talent at the college level.

Constant Change
As Ford enters his year as TBA chairman, he sees an organization that is sound, strong, and flexible.

“When you talk about the TBA’s greatest strength and the opportunities, it sounds cliché but our greatest strength is no doubt our great staff and the membership as a whole. Everyone understands the only constant is change, as they say, and we have seen dramatic changes in the last 30 years, and we will continue to see change. The TBA has done an exceptional job of evolving with the times.

“We are going to continue dealing with nonbank competitors, with delivery channels, with consolidation; but banks and the Association have risen to the challenges over the years, and we will rise to the challenge again. We must be flexible, open-minded, and willing to change in order to continue meeting the needs of customers in the communities we serve, and meeting the needs of our TBA members.” 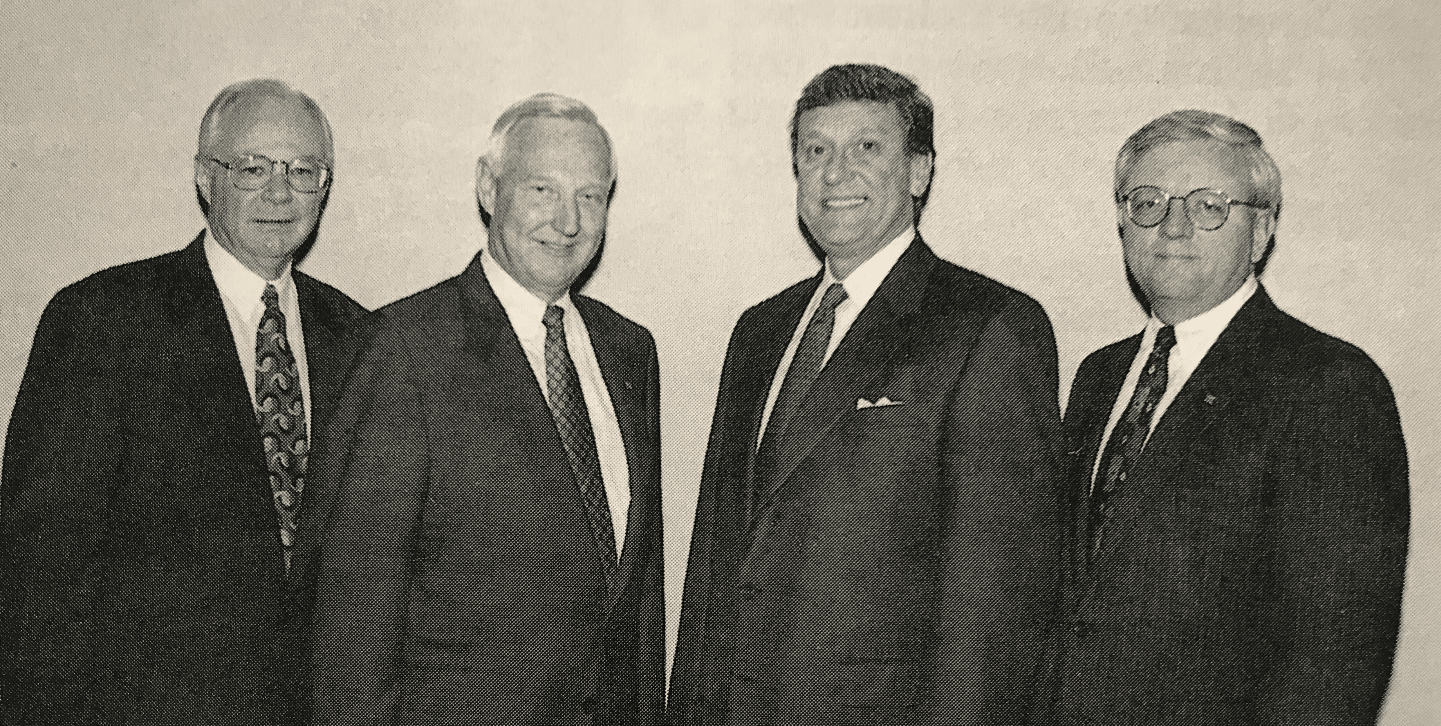 Ford's past, present, and future
Mott Ford grew up in a banking family in Memphis. His father, R. Molitor Ford, who passed in February at age 79, was a banker at First Tennessee Bank for 20 years before retiring and then acquiring Commercial Bank & Trust with a partner in 1983.

When the younger Ford headed off to college at the University of Tennessee, he decided to major in psychology and earned spending money working as a bartender. Perhaps it was fate, but when a friend told him he was leaving his part-time job at a Knoxville supermarket branch of National Bank of Commerce and that they were looking for a replacement, Mott jumped at the chance.

After graduating, Ford remained with NBC, moving back to Memphis and working at a branch inside a Kroger. There, he did a little bit of everything: from sales and opening accounts to teller transactions and making loans. He was later promoted to assistant branch manager. A few years later, he moved to National Commerce Bank Services, where he consulted with client banks all over the country helping them open supermarket branches.

Working with banks in different parts of the country was a great experience for Ford, who says he was exposed to a variety of banks and bankers, from whom he learned new ideas and strategies.

Ford met his wife while working at NBC, and when they were expecting their first child he decided to make the move to Commercial Bank & Trust Co. in 1995, first in Paris and then moving back to his hometown to open the bank’s third branch there and help guide CB&T’s Memphis growth plans. Ford remains based in Memphis, where CB&T now has three branch offices, and he and his wife, Mary Call, have three sons, the youngest of which just graduated from high school.

A few weeks before the annual meeting in Orlando, The Tennessee Banker asked Ford to reflect on becoming TBA chairman:

Your father was a big influence on you. Talk about the impact he had, especially regarding the importance of TBA.
I worked for NBC for eight years before I came to work at Commercial Bank, and it wasn’t long after that my dad was chairman of the TBA. But I knew early on he felt it was very important for us (at Commercial Bank) to be involved in the Association. He felt we could learn a lot, and that the relationships we would develop would be very meaningful, both professionally and personally.

In April, I attended a past-presidents' meeting and many of the TBA past presidents were peers of my dad. It caught me a bit by surprise how impactful it was to see those folks again, because a lot of them are not as active day-to-day anymore in their banks—they’ve retired. It was really nice for me to see them and for them to talk about how much they enjoyed working with both my mom and my dad. Mom enjoyed the friendships through the TBA as well. It was so much fun to reconnect with their friends and hear them talk about the days when they were active together in the TBA, and how much the relationships and friendships meant to all of them over the years.

I’m sure you’ll be thinking about your dad when you formally receive the gavel from John Muse.
Absolutely, yes. I’m sorry he didn’t live to see it, but I’m glad he knew that I was going to have the opportunity.

When we talked in 2015 for your magazine feature as chairman of the government relations committee, you told me about your love of duck hunting, and I asked if you had a bird dog. You said no, but that your middle son was one of the best retrievers you’d ever seen. Did your youngest son pick up the slack?
Not as good a retriever, but it’s funny you brought that up. My middle son (who lives in Memphis) picked up a duck dog yesterday. It’s a black lab puppy and we are crossing our fingers that he’ll be doing the retrieving!