Robert Bradley first started working at Bank of Tennessee in 1995 as an intern after his sophomore year of college. After graduation and working in public accounting, he rejoined the bank as controller. Since then, he’s held a number of roles, including credit analyst, commercial lender, credit officer, and now chief risk officer. As the Credit Committee chairman, he has been hard at work with his fellow committee members preparing for one of TBA’s most anticipated events—Credit Conference. Bradley spoke with The Tennessee Banker about his career, the banking industry, and Credit Conference, which takes place February 13 and 14, 2020. 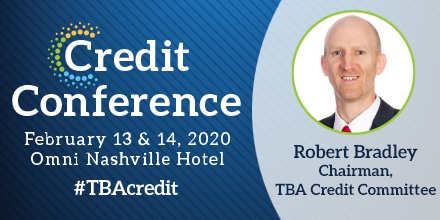 During your career you’ve transitioned from lending to corporate risk management, which changes the lens through which you view times of economic prosperity. As this recovery cycle continues on, what do you see as the leading principle bankers need to keep in mind to ensure they fare well in the next downturn?

In banking, we have a lot of adages that have been proved out over time. One of those is that your best loans are made during bad times, and worst loans are made during good times. We’ve had nearly 10 years of good times, and now have a generation of borrowers and lenders who have never experienced an economic contraction. Ten years of easy money policy from the Fed, low interest rates, and extremely low cap rates have fueled growth in the banking sector that has far outstripped the pace of GDP growth. The fundamentals of credit risk management are timeless, and the five C’s of credit always prove out. The other thing that bankers need to keep in mind is that just because you can doesn’t mean you should.

How does your bank approach innovation and fintech when it comes to enhancing the borrowing experience and the bank’s ability to efficiently serve a diverse customer base?

The reality is that the financial sector is no more immune to the disruption of technology than any other industry. It took a little longer for that disruption to be felt in the financial services area, but it’s now here in full force. If community banks don’t embrace the fintechs and find ways to partner and innovate, we will become the next Blockbuster or Borders. Bank of Tennessee has always tried to be near the leading edge of technology. One of the surprising things that we have experienced is that customers in our more rural markets tend to be at least as willing to adopt new technologies as those in our more urban markets. A large part of adoption is how it is rolled out and promoted, and I think that is a key for any bank introducing new capabilities—make sure you put the resources and promotion behind your technology initiatives to make them successful.

Speaking to the bankers who haven’t attended Credit Conference before, what would you say to encourage them to participate this year?

The Credit Conference is the most highly attended TBA conference with good reason. It’s not just about loans and credit, although that is certainly the focus. We don’t merely have top-notch speakers and timely topics. I can’t emphasize enough the value of the networking that takes place. Getting to know bankers from across the state that have a wide variety of experience and knowledge has made me a much better banker over the years. I’ve found that while we may be competitors in a lot of ways, we also look out for one another and want each other to succeed. We can learn from each other to be better equipped to compete with our real competition—the credit unions.

The 2020 Credit Conference will feature several highly regarded speakers, including FDIC Chairman Jelena McWilliams. If there was one regulatory issue that you could have resolved or changed immediately without pushback, what would that issue be?

Do I have to limit myself to just one? One of the things that I know the banking industry is grappling with right now relates to marijuana/cannabis and the conflict between federal and state laws. The SAFE Banking Act provides some legal protection for banks, but doesn’t eliminate the risk of possibly having a customer put behind bars, and then being unable to continue the business. This is a serious issue with a lot of ripple effects. In my own opinion, Washington needs to follow the 10th amendment and leave the decision on marijuana up to the states. That is the best solution and would move MRBs out of the murky shadows and give them full access to the banking system. 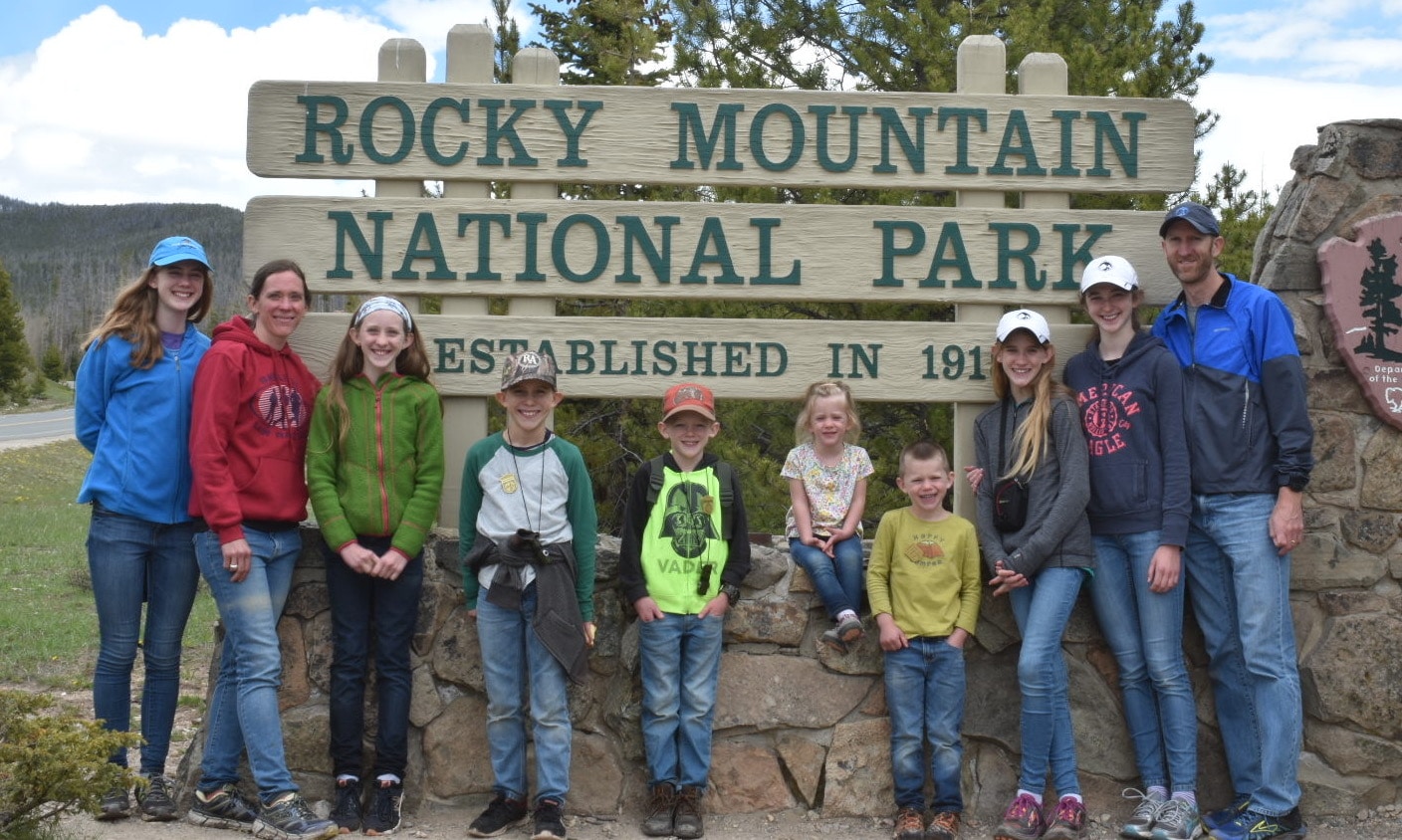 As a parent, it is always enjoyable to hear children weigh the various options for future career paths—as a father to 8, surely you may get one banker out of the bunch who wants to follow in your footsteps, has anyone expressed interest?

At this point, banking may not be passed on to the next generation in the Bradley family. My older daughters who have thought about and started discussing careers are interested in nursing and teaching. From the comments some of my kids have made, apparently the biggest draw to my job is talking on the phone and spinning in my chair!