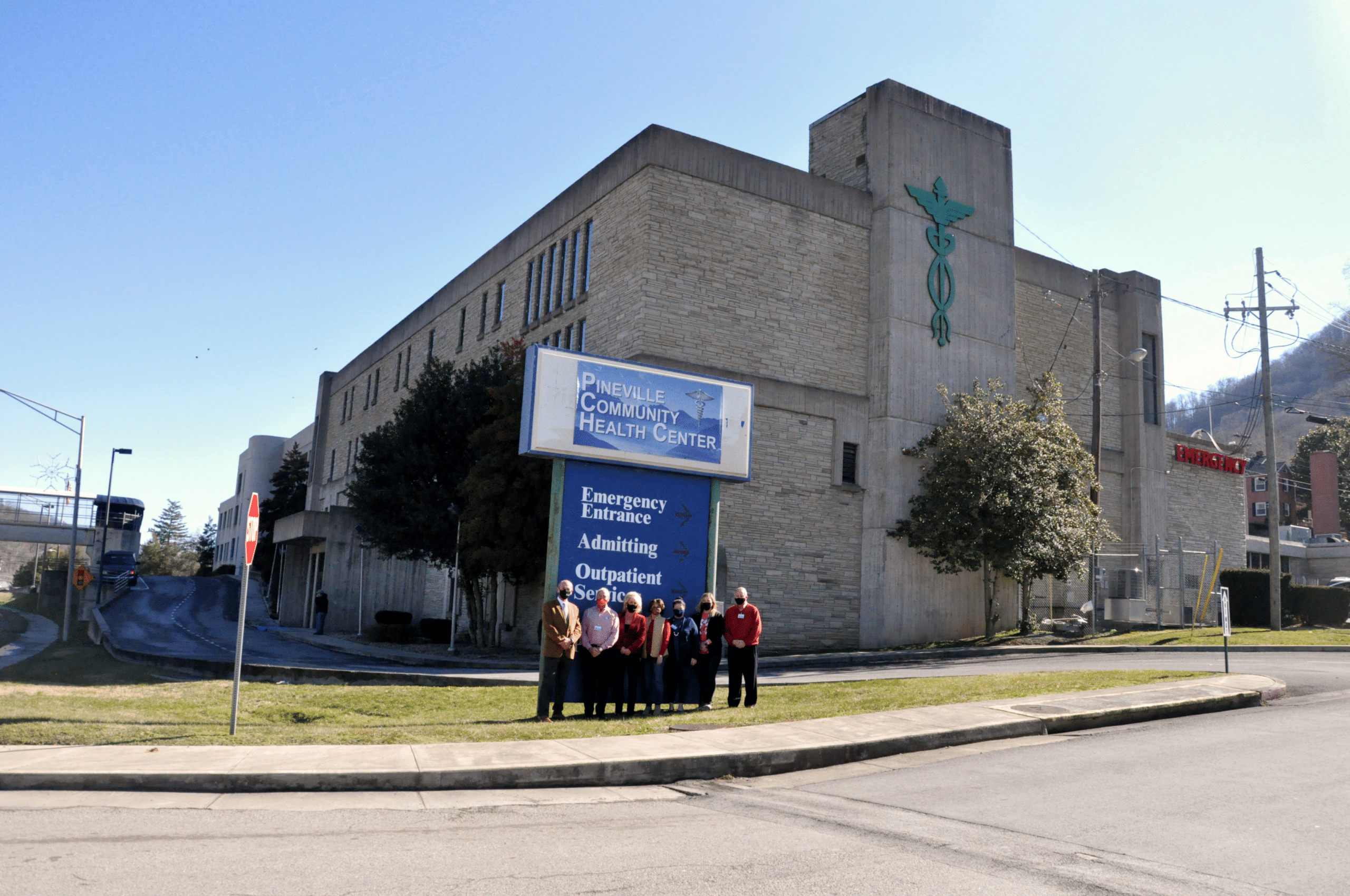 Pineville is a small town in Southeastern Kentucky, just a few miles from the Tennessee and Virginia borders, the kind of place where most people know most everyone. It’s the kind of place where a small community bank can play an outsized role for its businesses and residents, where small loans can be huge deals for those receiving them.

It is also the kind of place that needs its hospital, not just for the health care services (although that is most important) but as a source of community pride and for the jobs it provides. In Pineville, the hospital is part of the town’s fabric, where most of its residents were born, or where their parents and babies were born.

It’s also where Katherine Reese was born. And when the local hospital was forced to declare bankruptcy, and after the City of Pineville acquired it but could not sustain the debt, Reese, the CEO, chairwoman and sole shareholder of First State Bank of the Southeast, felt a calling to do what community banks do—step in and help.

The bank bought it.

For Reese and First State Bank President and COO Ken Jones, the acquisition of the hospital’s assets and licenses, which have subsequently been sold back to the nonprofit organization now operating it, was more than just a simple business decision.

“Sometimes, the most important decisions are the ones that come from your heart,” Reese said. “And the hospital decision that my bank and I made was truly from the heart.”

“It was a critical choice,” said Jones, who is a past chairman of the TBA’s Independent Bankers Division. “To have lost the hospital would have essentially meant losing the community.” 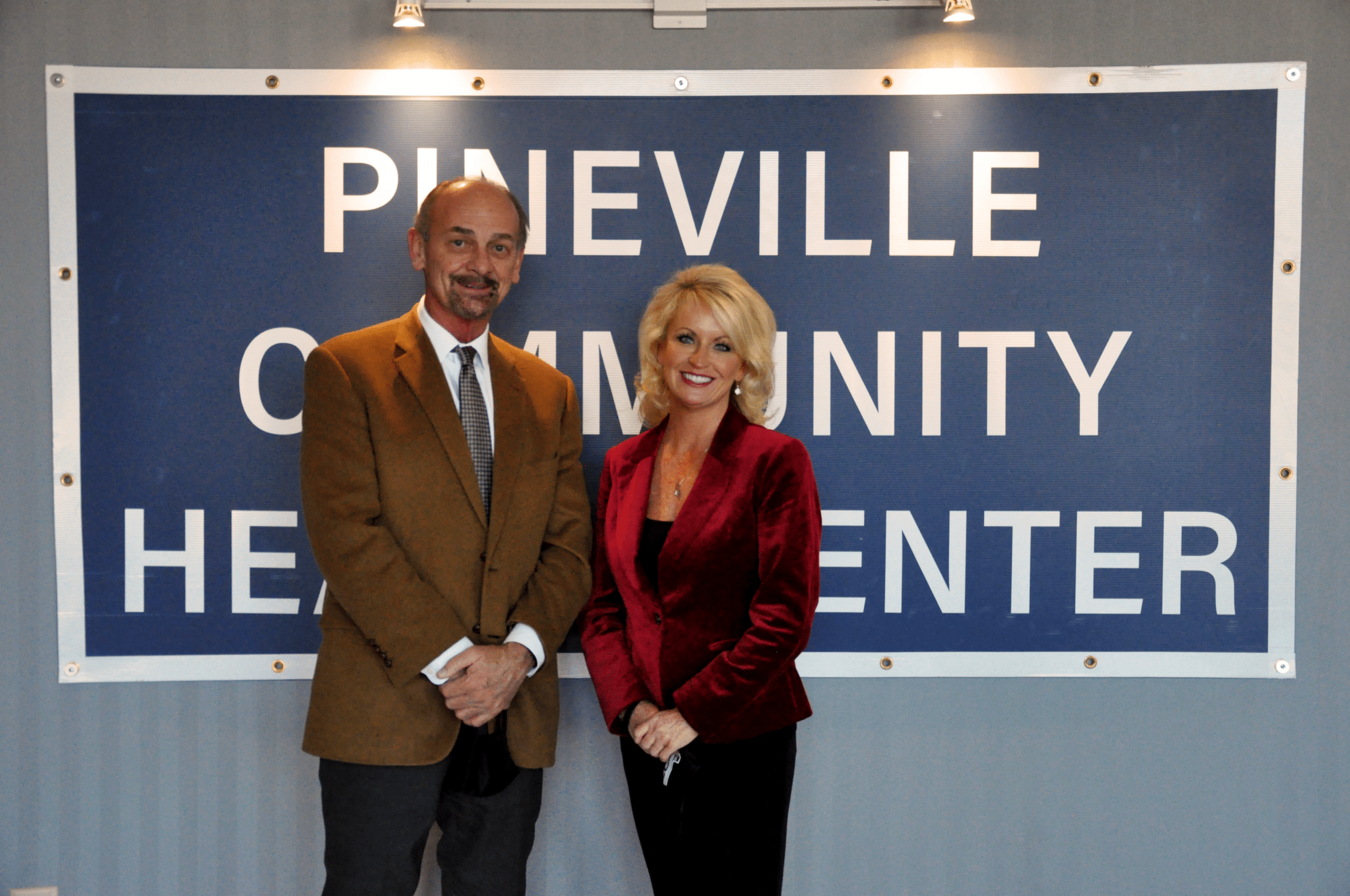 First State Bank, a member of both the Kentucky and Tennessee bankers associations, opened its doors in downtown Pineville in 1898, when George Reese, Katherine Reese’s great-grandfather, began his family’s legacy with the bank as a cashier. By 1917, he was the CEO. His son, George Jr., was an executive of the bank until 1967, and George Reese III joined the bank in 1960, working his way through several positions and eventually serving as Chairman of the Board until his death in 2009. He also got a chance to work with his daughter.

Katherine Reese returned home to work for First State Bank in 1998 after an early banking career in Louisville and Jacksonville, Fla., becoming CEO in 2004. The bank grew in Kentucky after acquisitions of small banks in Lexington and Williamsburg, and was able to expand into Tennessee through its acquisition of a Kentucky thrift, which it relocated to Jellico, Tenn. It later collapsed the thrift into the bank and moved its Tennessee branch to New Tazewell, Tenn., just over the mountains from Pineville. Jones knows the area well, having been CEO and president at Citizens Bank in New Tazewell before joining First State Bank in 2018.

Reese says the bank is hoping to expand further in Tennessee, adding that a good number of its customers in Pineville are already in Tennessee.

‘Up To The Bank Or Else’

Like many small hospitals across the country, the former Southeastern Kentucky Medical Center—referred to locally as “the hospital”—was hanging on by a thread in 2018, and its board of directors was working on ways to keep it open. Nothing worked, and in December of that year the board voted to begin Chapter 7 bankruptcy liquidation.

That process went on for about six months, Jones said. “It became obvious that an entity had to acquire or run the hospital as the liquidation proceeded, or Pineville would lose its hospital. The city formed Pineville Community Health Center (PCHC), a 501(c)3, to operate the hospital.

“The city operated the hospital in that capacity for about three months. The city did a great job stepping in, but the hospital was losing money, and it became clear the city did not have the resources to sustain it,” he said.

So the situation went back to square one and time was running out; workers were not being paid and a closure seemed imminent. Enter First State Bank.

“We already had a significant loan to the entity that was being liquidated, and it appeared to be in our best interest, and certainly in the community’s best interest, for us to step in,” Jones said. “It was really up to the bank or else there wasn’t another option.”

Despite the dire situation, it was not an easy decision for a bank to buy the assets of a hospital. But for Reese, Jones and the bank’s board, it was the right thing to do.

“I knew the town needed the hospital because it was a big employer, and because it provided needed health care services for many people,” Reese said. “I felt, and still do, that the hospital is a valuable part of life for the people who live here. The jobs are good jobs, not just low-paying jobs, and it takes a certain level of education to be able to work there. That really makes a difference in a community the size of Pineville which is in the heart of an economically challenged region.

“So I felt compelled to take a chance to help the hospital survive, to keep the jobs in the community and keep the health care services here,” she said. “It wasn’t just my decision, it was the board’s decision, but if it had gone bad, it would have been all mine.”

The photo Katherine Reese took as she drove past the hospital after the bank acquired the hospital.

On Aug. 12, 2019, Reese and Jones met with the board to discuss next steps. A green light was given, and First State Bank acquired the hospital’s assets and licensing while PCHC continued to run it.

Later that day, Reese was driving back home with her children when she approached the hospital. “It was a gloomy day, and it had just stopped raining. As I was driving toward the hospital, as I looked up to turn, this rainbow comes across the sky. I knew that was God’s affirmation to me that I was doing the right thing.”

About a year later, a coordinated effort by the bank brought together community stakeholders and business leaders that shared the vision of restoring the hospital and putting it on a strong path to recovery. A plan was developed to pool the assets and resources of the of the hospital and match those with the expertise of each stakeholder with the sole purpose of keeping the hospital and its services in the community. With the assistance of Kentucky Highlands Community Development Corporation, the U.S. Department of Agriculture (which secured low-interest financing) and a businessman named Kelly Upchurch of Horizon Adult Health Care, the nonprofit PCHC was able to buy the assets back from the bank.

“And now it is back to being a hospital like it should be,” Reese said. “What we were able to do was give the hospital an opportunity to be successful on their own. Now what they do with it is up to them; but otherwise, it would have been sold off in pieces and parts and no one would have a job there and the community would have lost its main health care provider.”

Reese said she and the bank have received a great deal of positive feedback on their efforts to save the hospital, not only from community residents but also from the bank’s employees.

“Hardly a week goes by that someone doesn’t message me or stop me in the hallway or grocery store and express their gratitude,” she said. “And for our employees, it has given them a lot of pride that they work for a company that would have stepped in to save another business, especially one the size of the hospital.”

“Only a community bank that is invested in their community would have done that,” Jones said.  “I contend that every loan we make is a CRA loan because in a lot of cases, they are loans that no one else would make.”

“Ken’s right,” Reese said. “The hospital agreement was on a much bigger scale. But as far as community banks go, there are little bitty successes all the time that don’t get noticed. That’s what we are supposed to do, help small business and individuals that don’t get the front-page news. There are the unspoken success stories that community banks are involved in that no one hears about.

“What comes to mind is service over self for community bankers.”