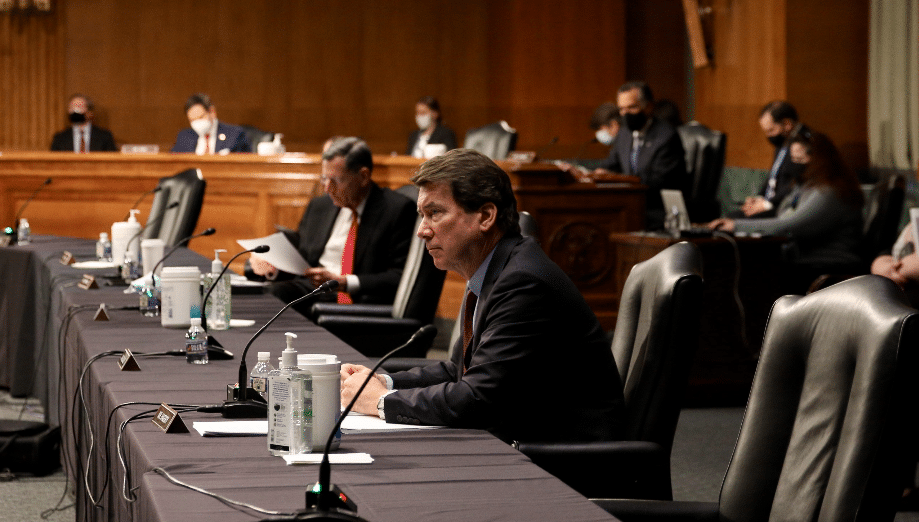 Senator Bill Hagerty was elected to the U.S. Senate in 2020 and represents Tennessee. Prior to his election to the U.S. Senate, Hagerty served as the U.S. Ambassador to Japan, the world’s third largest economy and America’s closest ally in the region.

Hagerty is a life-long businessman. He started his business career with the Boston Consulting Group, where his work took him to five continents. He later became a venture capital and private equity investor where he invested in and served as an executive and board member of a wide range of companies. From 2011–2014, Hagerty served as a member of the Governor’s Cabinet and Commissioner of the Tennessee Department of Economic and Community Development.

Hagerty is originally from Sumner County, Tenn. Today, he and his wife, Chrissy, live in Davidson County, Tenn., and have four children.

As Commissioner of Economic and Community Development, you spent a lot of time working with communities throughout Tennessee. However, running for office is a different experience all together. What is something you learned about the state or that has stuck with you from that time on the campaign trail?

One thing that really struck me on the campaign trail was actually a lesson I learned when I served as the Commissioner of Economic and Community Development. As I traveled across my home state, I saw once again how critical good-paying jobs are to the overall health of a community. A good-paying and fulfilling job gives workers a sense of purpose and a sense of hope that tomorrow can be better than today. A good job can cure a lot of other problems a family may encounter. For decades, politicians in Washington allowed globalist trade deals to hollow out once-thriving American communities. As U.S. Senator, I intend to fight every day to make America—and especially Tennessee—the most attractive place in the world to invest capital and grow our economy. This is the formula to bring back good-paying jobs and strengthen our great nation in the process.

As a former bank director, you bring first-hand knowledge of the vital role that banks play as the economic engines of their communities, which will bring a lot of value to the Senate Banking Committee. What stood out to you from your time on the board that you would not have realized about banking without that experience?

Early on in my career, I learned to focus on analyzing trends in data to see how well banks were performing and driving economic growth in their communities. As a bank director, I developed an acute appreciation for the importance of our banking community and its critical role of providing the capital necessary for a community’s survival and growth. My time as a director also gave me great perspective on the need for sound risk management, and the importance of tailoring regulations to ensure banks’ ability to catalyze growth without making these regulations an unnecessary burden on growth.

What are some key issues that you anticipate being a priority of the Senate Banking Committee in the next few years?

The issues that come before the Senate Banking Committee touch almost every sector of our economy. I intend to utilize this position and my private sector experiences for the benefit of Tennessee.

The Committee’s near-term focus will likely—and appropriately—be on doing everything we can to ensure that the United States has a full economic recovery from the pandemic-induced recession.

As we hopefully put the pandemic further in our rearview mirror, some key issues for the Committee may include improving access to capital for all Americans; addressing the rise of digital assets and cryptocurrencies; improving housing and our housing finance system; and ensuring that our financial system is secure. 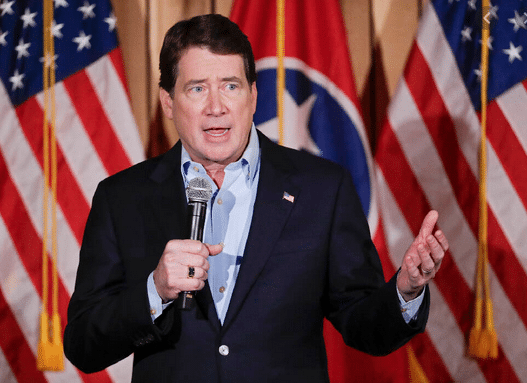 The coronavirus pandemic continues to cause economic hardship across the country and poses considerable risk to the economic outlook over the medium term. What economic factors globally or nationally are you watching for signs of strength or increased risk?

Americans need to be and feel safe to resume normal activities to ensure that the strongest economic outlooks come to fruition. National and global health metrics—such as the number of vaccinated people relative to the number of cases and hospitalizations—are therefore front-of-mind. As those metrics improve, I hope to see a complete and quick return to our historic economic numbers achieved before the pandemic—including fifty-year lows in the unemployment rate, the highest number of employed Americans, all-time low poverty rates, record median income levels, and, importantly, a blue-collar boom.

On the banking side, I am watching for signs of responsible and robust growth in consumer and commercial lending. I am also monitoring for signals that existing loan performance is holding up even as some stimulus and support programs expire. Given the amount of federal government assistance to help get us through the pandemic, I am also watching closely for signs of inflation and potential asset price bubbles. I am fortunate to have experience in Japan—both in the private sector and most recently as the United States’ Ambassador—and have a special appreciation for the risks of excessive national debt.

What sparked your passion for leading the effort to bring a Major League Soccer franchise to Nashville?

It was more about my passion and love of Nashville and to help see our state’s economy grow. When the MLS search committee was looking at prospective cities where they could grow, Nashville wasn’t even on the list. Though we were dubbed “long shots” in local media, I felt there would be a great fit between the MLS and the growing demographics of our region. We put together a great organizing committee, recruited a phenomenal lead investor in John Ingram, and found our effort quickly accelerate from “long shot” to front-runner.