During the Monday afternoon business session at the Young Bankers Division’s Leadership Convention, members of the division elected new officers and directors to lead the division during 2018-2019. Division Chairman Michelle Bing, Bank3, Union City, presided over the business activities of the convention. 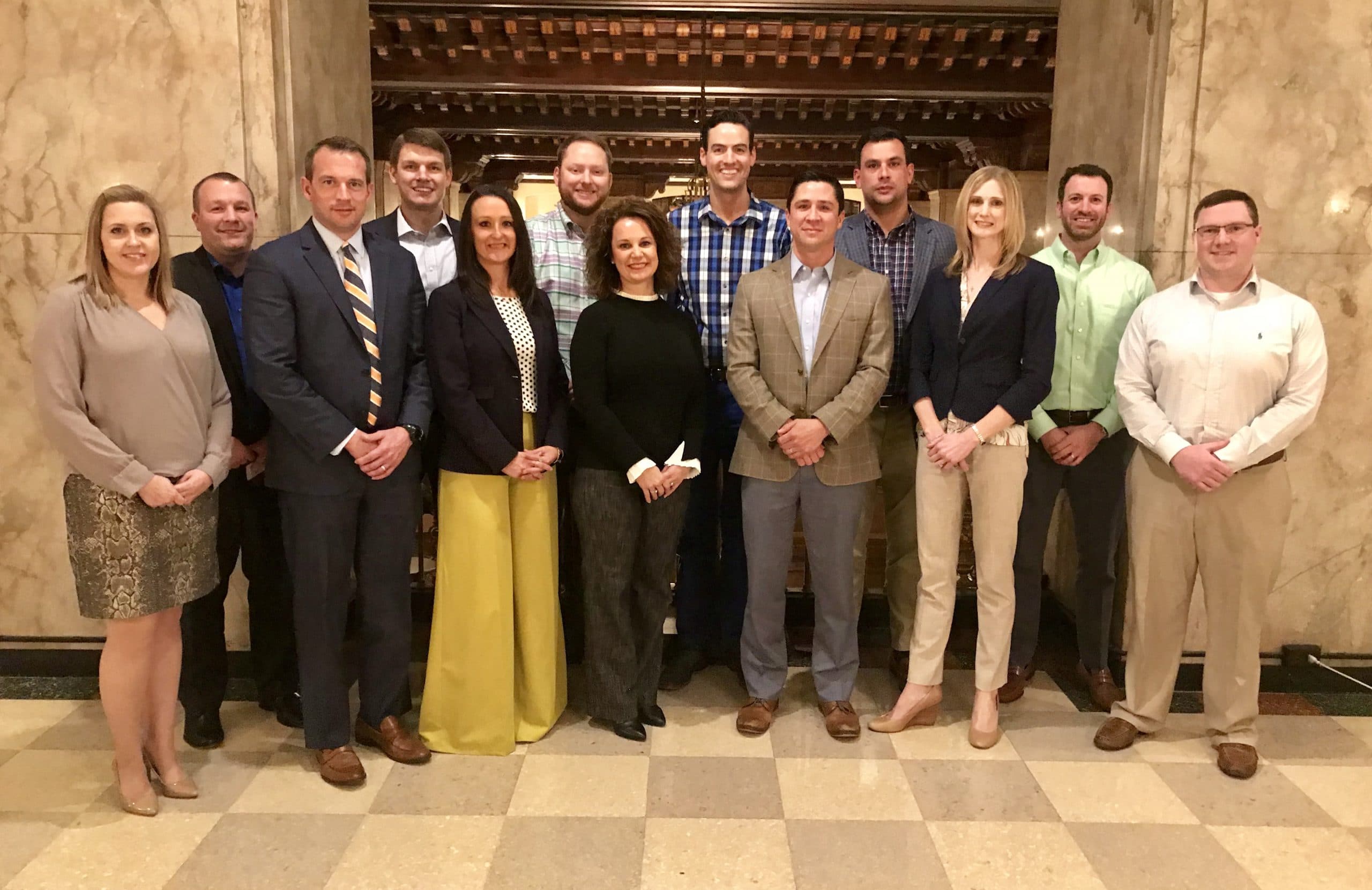 As chairman of the division, Lane will serve as an ex-officio member of the Tennessee Bankers Association board of directors. “It is an honor to serve as the chairman of the TBA Young Bankers Division, which has been shaped over the last 50 years by some of the most well respected bankers in Tennessee,” Lane stated. “As in many industries, banks are looking to identify and groom the next generation of leaders. The Young Bankers Division has a well-established track record of providing the network and professional development skills bankers need to become effective and influential leaders in their banks and communities.”

In addition to the four executive officers, the Young Bankers Division is governed by a nine-member board composed of three directors from each of the three grand divisions of the state—East, Middle, and West. Directors serve a three-year term with one director from each of the grand divisions rotating off each year and is replaced by a newly elected banker from the same division.

Directors elected to the board during this year’s convention were:

Bankers who completed their three-year terms and rotated off the board were:

The members of the division represent financial institutions across the state of Tennessee. The division oversees the Association’s Personal Economics Program (PEP), a financial literacy effort by bankers to educate consumers about such topics as banking, personal money management, the wise use of credit, the importance of saving, and identity theft and other types of fraud.

In addition to the two-day professional development conference, Leadership Convention, the division hosts the Young Bankers’ Day on the Hill. This program reinforces the importance of involvement in the TBA’s government relations activities. During this annual event, bankers spend a day at the Capitol in Nashville engaging in the legislative process and learning about how the General Assembly functions.